Series: ANTHROPONONCENTRIC ART
Title: SHINY BUT DEEP (White-lipped Australian Pearl Oyster, iPod shuffle 4th gen, 1 min audio loop, pigments and enamel on plexiglas)
The focus of the research behind these works is the creative relationship between human and non-human intelligences, with the pivotal point of the argument being that technology sits in the camp of human intelligence. The triad that conceptually drives the theory and creates the works, is the intertwining between technology, man and nature. In essence the works are an illustration of an ongoing three-fold dialectical process - opposite forces come into conflict but instead of simply contradicting one another, they instead become synthesised into something more than the sum of their parts.
The objects come to together to create the final work - as in the vein of assemblage works. The technological object (computer/monitor/tablet etc) is a part of the work - not as a method of display (as a canvas is for a painting for example) but as a integral part of the sculpture or installation.
It has been said that scientific enquiries objectify Nature - what if then, rather than ​using technology​ as the instrument of our own supposed rise, we aimed to enhance our relatedness to nature ​via​ technology?
If technology is not our opposite as such, but simply a mirror reflection, is it Nature then that can provide a true other - allowing for the movement towards a more evolved consciousness? 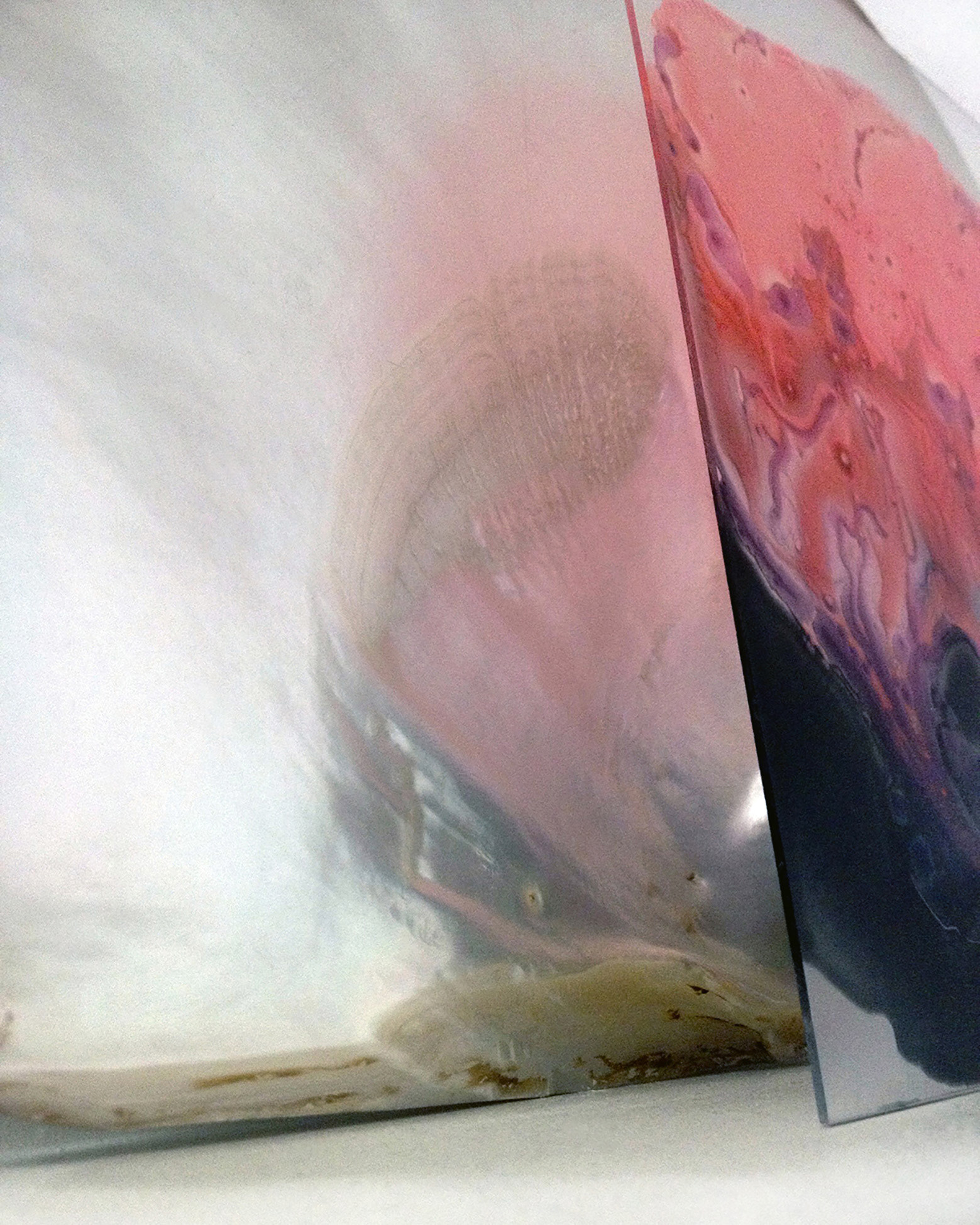 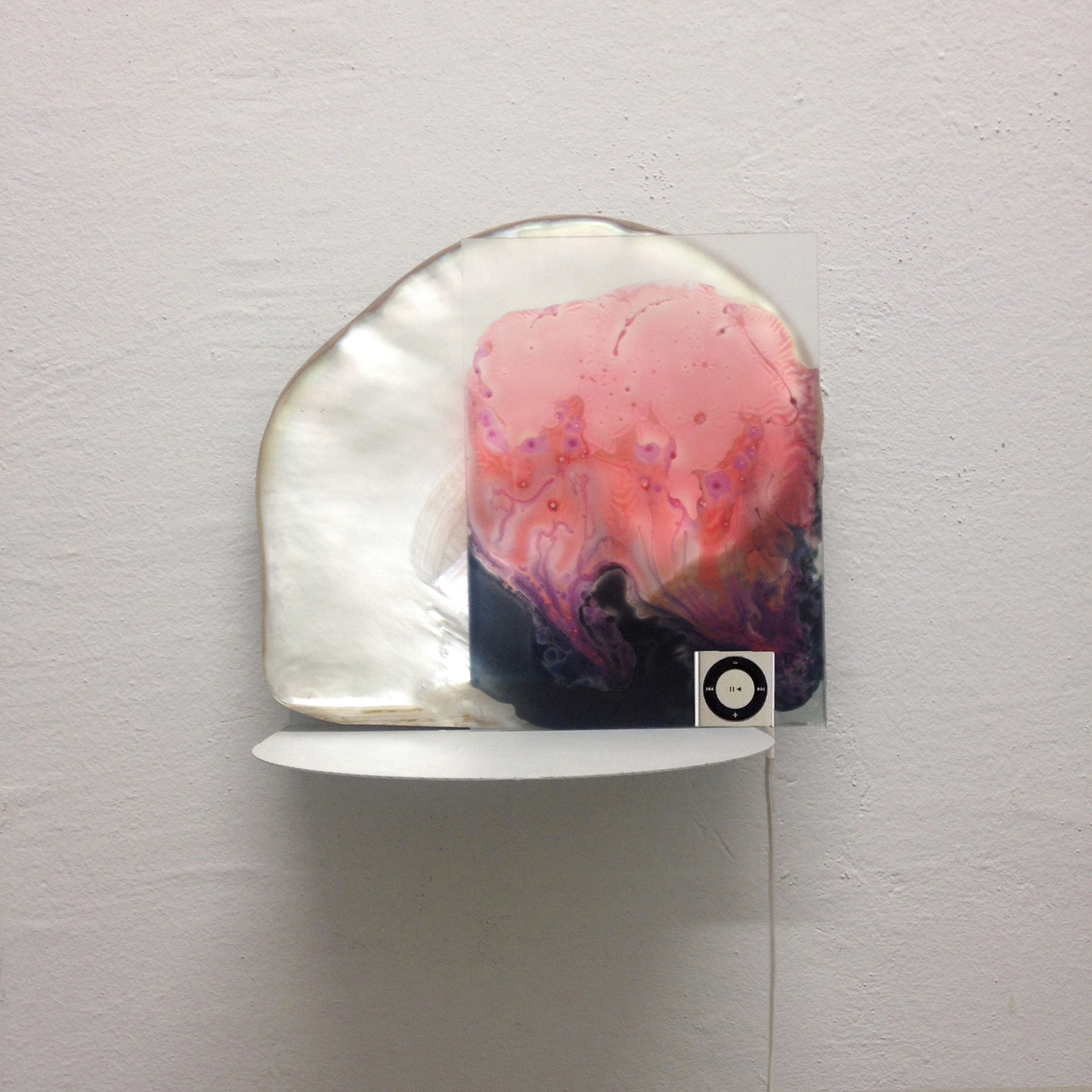 The work is a combination of a White-lipped Australian Pearl Oyster, an enamel painting on plexiglas and an audio loop of siri reading an excerpt from Douglas Coupland's essay 'shiny but deep' playing on an ipod shuffle.​​​​​​​

THE EGG FOR HEGEL

WOULD NATURE MAKE ART? 2
↑Back to Top